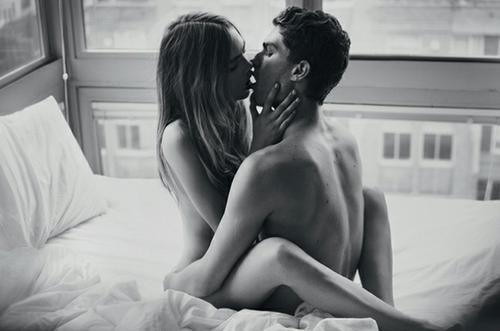 Men vs. Women: What do they consider cheating?

You hate to generalize about the genders, but we do that sometimes because it’s useful. Men and women may not perfectly fall into certain tendencies but on the whole they do tend to fall into certain categories. So it’s true on average that men and women are hardwired (or perhaps softwired) to see cheating in different ways. Both the sexes can be very territorial about their mates, but what territory specifically is being encroached upon? Suffice it to say, it differs by gender in very intuitive ways.

What do men consider cheating?

Your man is likely to become very territorial if he sees another guy behaving toward you the way he behaves toward you. That’s because the one special thing he sees as different from your relationship with other guys and his relationship with other girls is the physical and sexual side. Men tend to believe that their sexual relationship with their girlfriends is the sole thing that separates it from all their other relationships. Therefore, if they see guys macking it to their girlfriends or touching them in proto-intimate ways they know that this guy is trying to encroach upon territory that he believes is exclusively his. However, he wouldn’t think twice about his girlfriend confiding emotionally in a close guy friend or sharing the most intimate details about her life with him. Why? Because that’s not his territory. His girlfriend’s sexuality is his territory, and if that gets encroached upon, then there’s a problem.

Now, this isn’t exclusively true of all men. Some men are fine with open relationships, but monogamous men who see themselves in committed relationships would find it difficult to restrain themselves from confronting their girlfriends on this kind of proto-cheating. While it wouldn’t end the relationship outright, it would very likely create quite a bit of tension that could grow over time.

Women may not understand why their boyfriend is getting jealous over what appears to be trivial affections. That’s because what women consider cheating is similar, but different.

What do women consider cheating?

It’s not that women tend to be more emotional than men, that’s kind of a myth that has been imposed on women by a culture that views them in extremes. But women do consider their mates more to be emotional territory than physical territory.

For instance, men might consider a woman who has had a lot of partners a threat to them emotionally and sexually and vilify her as a slut, due in large part to their own insecurities. But a man who has had a large variety of sex partners is likely to be in demand by a woman because they are someone who is in demand as a sexual partner.

Why the double standard? It’s difficult to tell. There are many theories from pop-psychology and evolutionary biology that seem to suggest that men want to spread their seed and this indicates a kind of social prestige. Men who have a lot of sexual partners are considered “alpha males”, while women who have a lot of sexual partners have daddy issues. The problem with this line of reasoning is that it’s based on archaic social mores which are rooted in a sex-for-reproduction-ethos. If the echo of those impulses remains then it would make sense why women would be demonized for their promiscuity while men are exalted for theirs. But now with a shifting social paradigm, and the fact that sex is no longer merely for reproduction, and religious values concerning sex are largely outmoded, you would think some of that would start to drift away. And yet it hasn’t.

I’m getting off on a tangent here. At any rate, women are more concerned with the emotional bond of a relationship than they are with the physical sexual side of relationship. They would be more hurt by cheating if it was encroaching on the exclusive emotional bond they shared with their partner. If another woman encroaches on this emotional bond, then it’s game over man.

What you can do if you suspect your lover of cheating?

Should you forgive your cheater? Most women who are cheated on say that the real reason they are so upset about their partners for their infidelity is the lying and sneaking around behind their backs. Most men feel betrayed by the act itself as they hold themselves responsible for not being good enough. The problem is that in both cases, those who were cheated on are not being fair to themselves. If the cheating has emotionally hurt you then there will be little to no recourse other than to end the relationship. That resentment will linger and the trust that was breached will never fully be restored. You can forgive, so to speak, but never forget. Most people who were cheated on find that the best thing to do is get right back into the dating scene. It may not be all that great for the people you hook up with, but it will help you to get your groove back. If you’re interested in trying online dating, you should have a look at these reviews. Learn to forgive and let go of your resentment and things will fall right into place for you.